Earlier in July, Producer Stephen White, and Executive Director Jason Dubois, visited the Dancing on the Edge Festival in Vancouver. Stephen takes a moment to reflect on this year’s festival: 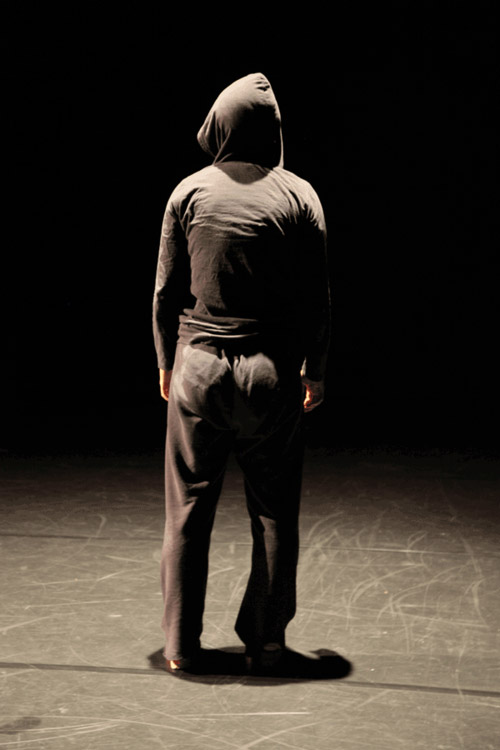 This July, Vancouver’s Dancing on the Edge celebrated its 25th Anniversary. Remarkable really, for a festival that over many years, the dance community has loved to complain about. “It’s the wrong time of year.” “The producers are always so late announcing their line-up.” “There’s no audience.” And so on…

But despite this, there is something comfortable at DOTE (as we call it). It’s relaxed and unpretentious. There is nothing stuffy here. Its home base is the scruffy Firehall Theatre located in the wrong part of town. You have to be courageous just getting there, passing through the endless and sad parade of junkies and broken people on the streets of the Downtown East Side.

I have been to about ten DOTEs in my life. This year was particularly good for me. There have been years when I felt like the art of dance making on the west coast was doomed. This year, several pieces impressed me.

The practice at DOTE is to present mixed programs: three short pieces (each about 20 minutes long) stuck together with no apparent theme. Large/longer pieces are often staged off site at places like the Dance Centre, or sometimes the Vancouver Playhouse.

Standouts for me this year were Amber Funk Barton’s new group work The Art of Stealing. Amber has been on the scene for the better part of a decade. She is a fabulous mover but her group pieces have always felt a little naïve. Thematically naïve. In a way, a lot of us have been waiting for her to grow up, to experience more. We have never questioned her ability to create interesting, sometimes arresting movement – complicated group work that fuses street, hip hop and modern dance. The hesitation I’ve had about Amber’s work has been with the content. Not anymore. The moment has arrived. Back from four months of intense culture shock therapy, backpacking through Nepal, India, Thailand, the Philippines and Japan, Amber’s eyes are wide open. Stealing is intense – fractured relationships, the breakdown of the human spirit. Dashed dreams, false friendship and the danger of solitude. It made me think a lot about generational perspectives. Amber and I live in the same world, but the way she experiences it is so different from me. I am in my mid-fifties, comfortably established, life is good. Amber reminded me that it’s not the same for a lot of the world.