Dance Victoria presents Ballet de Grand Theatre de Geneve’s Romeo et Julliette on March 14 and 15 at Victoria’s Royal Theatre. Not coming on tour with the company is dancer Armando Gonzalez, who has danced Romeo many times over the past few years. Here’s what Armando has to say about his situation, the company and the work:

I am a dancer on my 4th season with the company, but unfortunately, I won’t be on tour since I had knee surgery last month. I was looking forward to go back to Victoria, I was there seven years ago when I danced with the Royal Winnipeg Ballet and really enjoyed it, specially after many months of freezing cold in Manitoba. 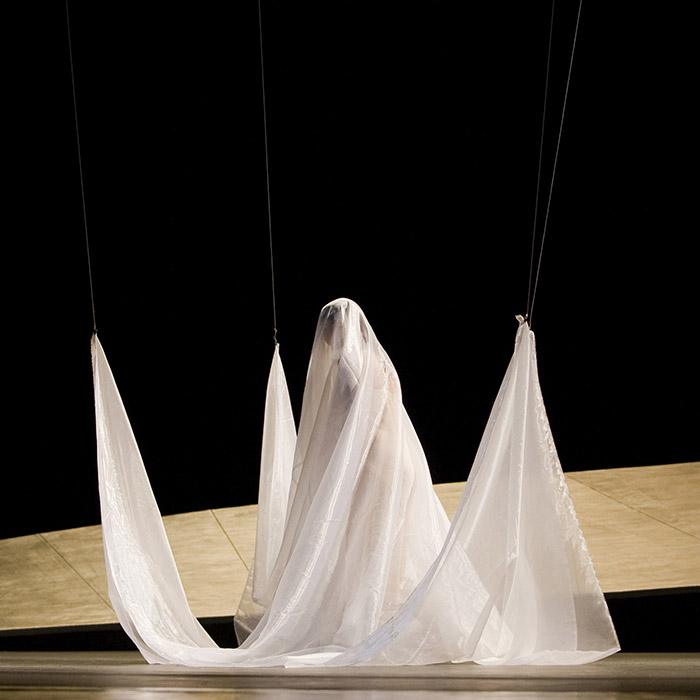 This is the sixth season that Roméo et Juliette has been in the company’s repertoire.  We’ve [Ballet de Genève] performed extensively on tour, Jacob’s Pillow Festival in USA, Hong Kong, Thailand and throughout Europe.  It was also filmed and shown live on ARTE channel in France when we performed in Lyon in 2010.

I was not part of the creation but the choreographer, Joëlle Bouvier has come back a few times to work with the company and the new members of the cast. Even though the story is known for it’s dramatic force, she was very adamant that we should not “act” but express in our body the intense emotions.  She kept peeling and peeling away everything she found superficial or extra to try to get to a more authentic interpretation.

Juliette will be danced by Sara Shigenari and Roméo by Nahuel Vega.  Sara brings a very feminine and fragile quality to the role.  I had the pleasure of being Romeo to her Juliette and I’ve seen how with every performance there is a new subtlety, a new look, a small change in her musicality, the small details that enrich a performance and keep the dynamic alive between partners after doing the same show many times.  For Nahuel, it will be his premiere as Roméo.  From what I’ve seen in rehearsals, he certainly brings a youthful vibrancy that is present in the young lover and a maturity beyond his age to handle the more dramatic moments in the story.

At the moment we don’t have any Canadians in the company.  We had André Hamelin, who danced 12 years in the company but he retired a couple of years ago.  Let me see if I get this right, we have dancers from Argentina, Australia, Belgium, Brazil, Cuba (myself), France, Italy, Japan, Russia, South Africa, Switzerland and Thailand.  So that adds up to 12 countries on five continents.  This melting pot of nationalities means that at any point in the studio or on tour you could hear up to seven languages.  But where the diversity truly resonates is on stage because each dancer brings his own experience and cultural familiarity to a piece of music and interprets it in a way that goes beyond the common experience of classical training.