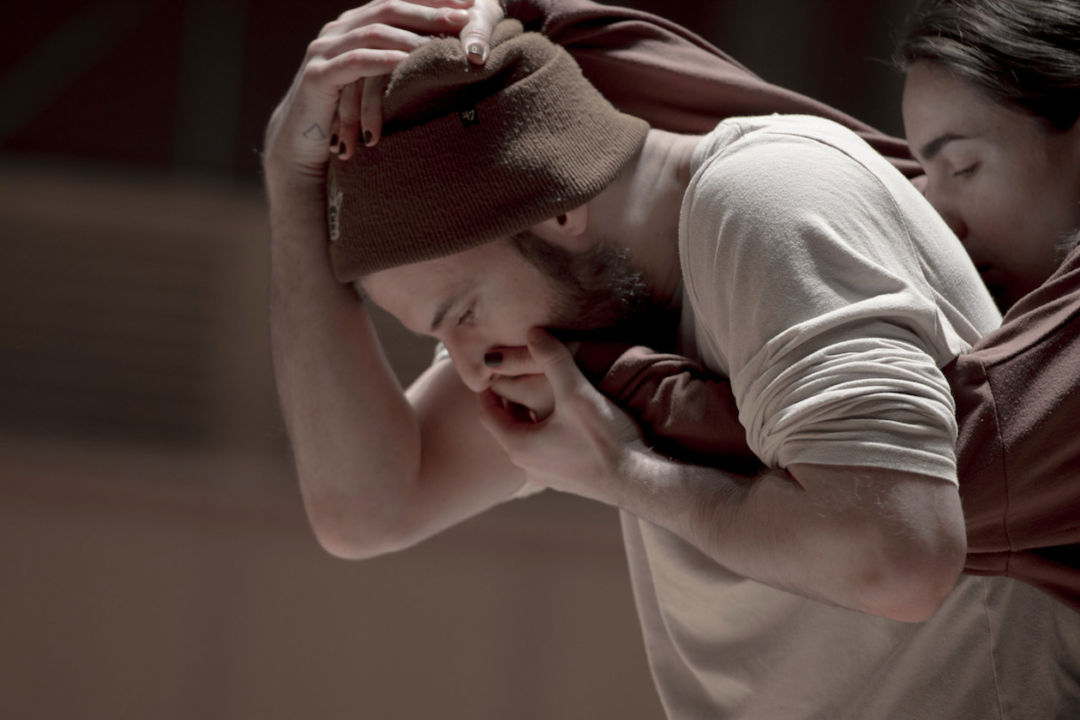 Dance Victoria is thrilled to announce that its Board of Directors has approved more than $100,000 in support of paid artist residencies at Dance Victoria Studios, commissions of new works, and awards to support independent dance artists.

“The independent dance artist has been impacted significantly by the pandemic with cancelled contracts and performance engagements,” explains Susan K.E. Howard, President of Dance Victoria Society. “My colleagues on the Board of Directors felt very strongly that our continued investment in the artform was crucial.”

Dance Victoria Studios have become a valued community asset. Offering access to our studios and financial support to independent dance artists is an opportunity to contribute to the vitality of the sector at a time of great need. Additionally, Dance Victoria will award $52,000 through its Chrystal Dance Prize – Projects and Training programs with October and April application deadlines. The following artists will participate in residencies at Dance Victoria for 2020/21: 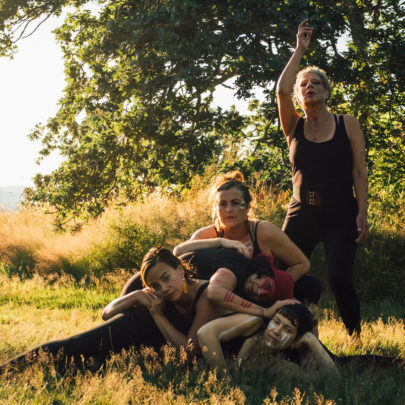 Born and raised on the Kahnawake reservation, Lindsay Katsitsakatste Delaronde has been a professional artist for the past five years. She began this journey by travelling to Vancouver to earn a Bachelor of Fine Arts Degree at the Emily Carr Institute of Art and Design followed by a Master of Fine Arts Degree from the University of Victoria. Recently, Delaronde completed her second Master’s degree in Indigenous Communities Counselling Psychology from the University.

Lindsay Delaronde is a multi-disciplinary visual artist who works in print-making, painting, drawing, video and performance. The intention of her work is to manifest the relationships between Indigenous and non-indigenous and also intercultural respect among allies, nation-to-nation. Currently, Delaronde is a self-employed artist and moccasin–maker in Victoria. She is a strong advocate for Indigenous voices, stories, culture and history.
Visible Bodies Collective is a newly formed inclusive group of Indigenous women who come from many nations and places across Turtle Island: Lindsay Delaronde (Kanienkehaka); Cheryl Henhawke (Kanienkehaha, Seneca); and Elowynn Rose (Metis). Their goal as a collective is to establish a process of working that integrates traditional indigenous worldview, ritual, drumming, dancing, singing and storytelling with contemporary western movement and theatre skills. They wish to develop a cohesive way of working that uses the body as the main vehicle of expression for contemporary ideas, issues and stories which incorporate mythic and ancient elements.

Cheryl Henhawke has been making work about healing for the past 25 years through and on-going work titled Wounded Bear, her healing journey has now brought her into an inquiry of how to transmute those wounds into empowering narratives. Through her contributions to the work we will witness the strength and resiliency of Indigenous womanhood. She has been danced contemporary dance at Raino Dance studio for 2 years and is now dancing at Seda Dance. She has also participated in Lindsay Delaronde’s projects since 2017.

Elowynn Rose brings with her diverse set of gifts and skills. She has been a dancer since the age of 8. She stopped dancing because of her search and quest to find her identity as an adopted child in the 80’s. She has dedicated her time grounding back in her personal journey and healing. She is finding resilience and power in her quest in finding herself. She is musically trained as a pianist and delves in different mediums such as; clowning, performance art, music and dance. 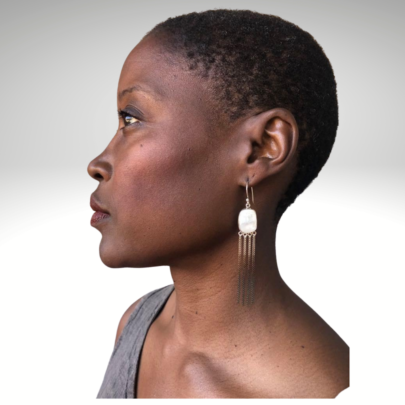 Kemi Craig (with Justine A. Chambers)

Kemi Craig is a film and dance artist living and working in the Lekwungen and W̱SÁNEĆ territories also known as Victoria, BC. In her practice, she uses community storytelling, images and movement to investigate embodiment and futures of eBIPOC (Black, Indigenous, People of Colour) communities. Her performances and installations play with performance, expectations and critical spectatorship as a way of embedding audience engagement and subjectivity. A recent graduate of Emily Carr School of Art and Design with a Master of Fine Arts, Craig has continued her training and performance locally where she has collaborated on numerous projects with Dance Victoria, the Art Gallery of Greater Victoria, Legacy and Flux Gallery. In 2020/21 Craig will be an artist in residence at Dance Victoria Studios, working with mentor Justine A. Chambers. 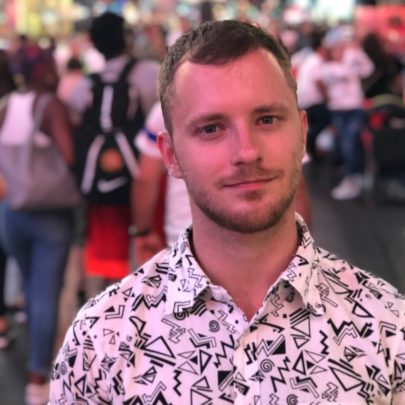 Andrew Barrett is a queer multidisciplinary performing artist based on the traditional territories of the Lekwungen-Speaking Peoples/Victoria. He is a creator, choreographer, performer, director, educator, administrator, and founding Artistic Producer of Impulse Theatre. He has participated in Dance Victoria’s Lola Projects under the mentorship of Lee Su-Feh, and Bounce Performance Works’ Bounce in the Square under the mentorship of Jennifer Mascall. As a dance artist, he has worked with Brendan Fernandes’ collaboration with the AGGV’s Moving Change in 2018, Stand Up Dance’s dance like no one is watching in 2019, Atomic Vaudeville, and on numerous pieces by Constance Cooke and Kelly Hobson. His work with Impulse Theatre has been presented at the rEvolver Theatre Festival and BC Buds Festival in Vancouver, Videofag in Toronto, and in Victoria at the Belfry Theatre’s Spark Festival, and Intrepid Theatre’s Uno Fest, OUTStages and Victoria Fringe Festival. http://www.impulsetheatre.ca/ 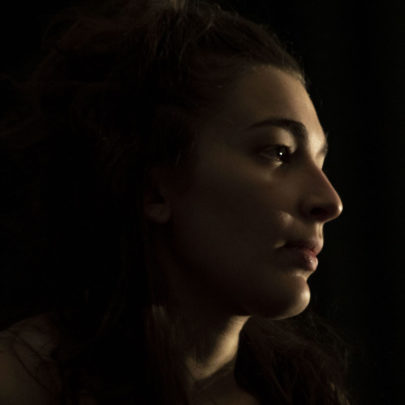 Véronique Emmett is a dance artist living and creating on unceded Lekwungen territory. She is a graduate of the Professional Programs at the Winnipeg School of Contemporary Dancers (2016) and Decidedly Jazz Danceworks (2020), and holds a BA (Hons) in Dance from the University of Winnipeg (2016). Véronique has had the honour of working with many renowned artists and companies across Canada including Free Flow Dance, Bisia Belina, Jennifer Mascall, Koba Entertainment, NAfro Dance Productions, Stand Up Dance, SOS Dance, Stephanie Ballard and Dancers, and Kelly Hobson.

Véronique’s passion for exploring movement and creation has led her to producing her own work which she has performed at various festivals including Integrate Arts (2017) and Impulse Theatre’s Peek Fest (2019). Her work is influenced by our collective desire to find connection to the environment, to each other, and to ourselves. 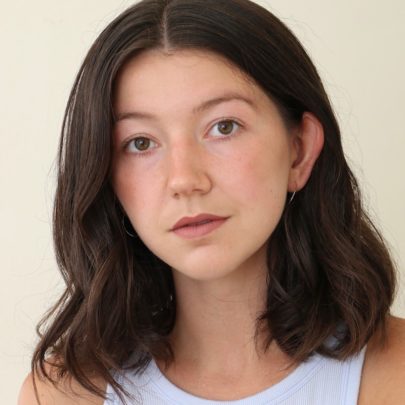 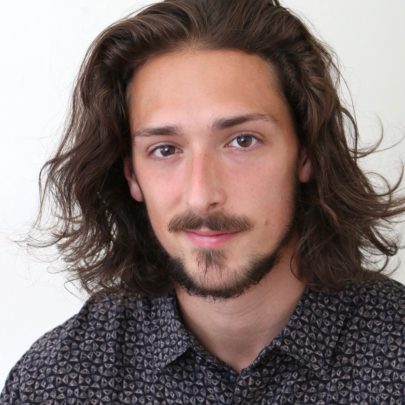 Sarah Hutton was born and raised in Hanna, Alberta where she early on discovered her love for movement. She moved to Vancouver in 2013 to pursue her passion for jazz, tap, street dance, and contemporary, joining The Source Dance Company under the direction of Joanne Pesusich. In 2016, she was chosen for a scholarship at EDAM Dance under Peter Bingham, where she studied Contact Improvisation. Her new curiosities led her to continue her training at Modus Operandi Contemporary Training Program, under the direction of Tiffany Tregarthen, David Raymond, and Kate Franklin, graduating from the program in 2020.

Throughout the past four years, her choreography has been performed by the training program The Source Dance Company. Most recently, her work was performed at The Dance Centre’s Holiday Party in 2019. Sarah continues to explore her choreographic practice independently and also collaborates with her partner, Aiden Cass. Sarah is privileged to live and dance as a guest on the traditional unceded territory of the Coast Salish people.

Born in North Vancouver B.C. Aiden Cass first channeled his high energy into a Hip Hop class at aged 10 and quickly discovered a strong passion for movement, music, performance and community. He began his training with North Shore Academy of Dance and quickly moved into their competition and performance groups, eventually joining NSADs Half Day Program. After graduation, Aiden continued to focus on maturing his artistic craft by joining Modus Operandi in 2015. Since his time training with MO, Aiden has worked with the likes of Rob Kitkos; Company 605; Emmalena Fredriksson; Vanessa Goodman; Serge Bennathan; David Raymond; Tiffany Tregarthen; Kate Franklin; and Shay Kuebler, as well as many other artists in the Vancouver community.

Aiden’s love for performance, artistry, and the community that dance creates, push him to explore not only the depths in which he can go in his own practice, but to investigate and connect with the many different practices taking place across dance communities over the world. 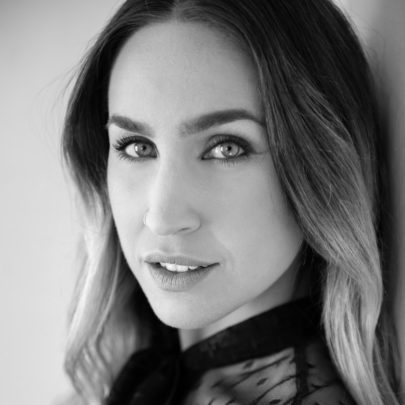 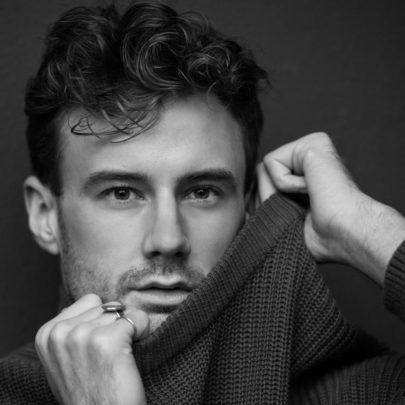 Kirsten Wicklund is privileged to live, work and create on the unceded territories of the Coast Salish Peoples: Sḵwx̱wú7mesh (Squamish), Stó:lō and Səl̓ílwətaʔ/Selilwitulh (Tsleil-Waututh) and xʷməθkʷəy̓əm (Musqueam) Nations.

She has danced with The Washington Ballet Company, Alonzo King’s choreographic workshop, BALLET BC and has choreographed numerous independent works for Dances for a Small Stage, the Dance Deck Series, Arts Umbrella, Goh Ballet, Lamon Dance, Dancing on the Edge Festival, and Move: The Company.

Kirsten choreographs, teaches yoga & movement workshops and adjudicates across Canada and the US. Kirsten has most recently created a new choreographic work for Move: The Company to Premiere in Fall 2020.

Peter Smida is privileged to live, work and create on the unceded territories of the Coast Salish Peoples: Sḵwx̱wú7mesh (Squamish), Stó:lō and Səl̓ílwətaʔ/Selilwitulh (Tsleil-Waututh) and xʷməθkʷəy̓əm (Musqueam) Nations.

Peter is an independent dancer, choreographer, actor and emerging filmmaker based in Vancouver, BC. He is currently the artist in residence with Ballet BC as well as a teacher for Modus Operandi (Tiffany Tregarthen & David Raymond) and the Arts Umbrella Dance Company (Artemis Gordon).

Born and raised in Kingston, Ontario, Peter moved away from home at the age of 16 to begin his formal training at the Royal Winnipeg Ballet School. Upon graduating from the RWB, he spent a year as an aspirant where he performed with the company as well as guesting with Ballet Victoria and Ballet BC.

Peter officially joined Ballet BC as a company artist in 2008 and stayed there for the next 11 seasons. There, he created, collaborated, and performed works by internationally esteemed choreographers such as Crystal Pite, William Forsythe, Ohad Naharin, Johan Inger, Jorma Elo, Itzik Galili, Sharon Eyal and Medhi Walerski, among several others. In addition to dancing with the company, Peter has choreographed works and produced films for several workshops and labs as part of the company’s outreach. With Ballet BC he has also served as a rehearsal director and coach is the current Artist in Residence.

Peter’s film “Let me leave so that you may continue” was recently featured on the Tanstheater Wuppertal (Pina Bausch Company) Create’s Platform as part of their Digital Stage Series.

His passion and underlying mission is to explore new ways to create and tell stories with the physical body through the mediums of dance, theatre and film.