A first for Ballet BC’s repertoire, Shakespeare’s classic Romeo + Juliet has inspired many artists with its tragic tale of “star-crossed lovers.” Compelling in its timelessness, the work captures audiences with its deeply human story and enduring themes of love, fate and family. Reflecting on the divisions that persist in today’s world, Ballet BC offers a fresh and thought provoking retelling of the classic set to Sergei Prokofiev’s original score, that profoundly resonates today.

Romeo + Juliet is commissioned in part by Dance Victoria through the Chrystal Dance Fund.

“The final images — their ability to create unforgettable sequences and tableaux through the simplest means — reveal Mr. Walerski at his most visionary.“

THE GLOBE AND MAIL

Janet Smith: Tell me your feelings about story ballet coming into this project.

Medhi Walerski: I’ve been trying to keep myself away from story ballet for so many years because it was not what I wanted to do. And also, how I developed as a choreographer was not related to telling a story; it was more abstract, and I had different interests. But funny enough, and I said it just this morning, I am so happy that I got the chance, that I got offered a story ballet! First because it challenged me but also because I really enjoyed it!

JS: You’re coming at it in a different way, from the outside, then?

MW: Of course, when I think of story ballet I think of classical ballet, but this piece is almost an homage to classical ballet. I’ve been watching a lot of ballets of Romeo and Juliet and the way that they’ve portrayed Shakespeare’s play. But of course, I find my own voice and interests in the story. It’s  almost like opening a door that hasn’t been opened with what I’ve seen…. So, I wanted to stay close to the story, but I wanted to develop certain parts that caught my interest.

JS: So what really spoke to you in the story?

MW: It’s what happens to you when you know that the only way out is to die, and what happens to you when you die. Like that moment when Mercutio is dying and he’s trying to contain himself because he’s such a party guy. What happens to you in this time between being hurt and then the moment when you really die, when you separate from your physical body? It’s like a time lapse in a way that I thought was interesting to look at. I connect to this because of the age I’m at. When I was in my 20s, people got married and had children, But now in my 30s people are dying around me. Death was not part of my journey before as a human being.

JS: Was the decision made early on that you wanted to use Prokofiev’s lush romantic score?

MW: Yes. It was from day one and was from the first discussion of collaborating with Ballet BC on Romeo + Juliet. I didn’t hesitate. I thought about adding a soundscape but it was not needed. This was like the gene, the DNA of the piece.

JS: You’re going very sleek and black and white and geometric on the set.

MW: Yes, I knew that I wanted it to be timeless and not in a specific place—this was very clear to me. I wanted something pure, something universal so that you could connect with the emotions and psychology of the characters, more than being in Italy or Renaissance time. The look also relates to Shakespeare: what I connected to with him was this idea of dark and light, day and night. There’s this constant duality in his work that I wanted to use in the aesthetics of this piece.

JS: You’ve integrated moving sets with the dancers moving among them. And there are so many dancers.

MW: I’ve never worked with sets like this. And I’ve never worked with so many characters! I am used to doing group pieces. But here they all belong to the same story, yet they all have a very specific role. So, the way I’m going to choreograph and search for movement with someone that feels much more anger is going to be different than someone that is 14 and full of joy and hope. It’s really demanding.

JS: Would you say this is the piece where you’re bringing your past and your present together?

MW: I am classically trained—it is part of my heritage and it is part of my language, even though my movement is contemporary. And it is not something I reject; it’s something I embrace. In a way this is an expression of all my past choreography but also opening some new doors.

Explain why Romeo + Juliet was an ambitious undertaking for you.

The story has been revisited and interpreted in so many ways and mediums and it has been done by so many dance companies. I didn’t know if I had a unique perspective that was my own. Also, I had never done a story ballet before.

Funny enough, it has been one of the easiest creations I have done. I think the story lifted me; the way that Shakespeare wrote was so brilliant. Each character relates to the world we live in through such a broad spectrum of possibilities that I found so inspiring. The music inspired me deeply as well. Whenever I felt like I didn’t know where the piece was going, I would re-read the play, or watch the movies or the other ballets. There is a great deal of writing on the play and I could immerse myself in this ocean of knowledge. I felt my spirit being nourished by such a great library of possibilities.

What were the interpretations that you took to Shakespeare’s play?

I was very interested in the psychology of the characters. For example, in the scene when Mercutio is stabbed, I wanted to explore what happens in the subconscious when one realizes that one is dying. Or, when Juliet makes the decision to drink the poison, she is weighing love against life and making a decision about the unknown. I wanted to open up these moments and investigate them by stretching these capsules of time.

I stay close to the original storyline, but we are not in Verona nor the 14th century. I wanted it to be universal and to strip the story to its essence, allowing the dancers to sculpt the space. The set and costumes are minimalist as a counterpoint to the ornate interpretations that we normally see with this story. I wanted to extract the feeling of hatred and violence rather than emphasize the opposition between the families, and I found that the spectrum of greys between black and white could express a society taken over by hatred, yet also permit moments of limbo. Romeo and Juliet are dressed in white but they still move through shades of grey.

For me, the most beautiful moments in day and night are when they meet – when the sun rises and begins to illuminate the top of the sea. In music, it’s the moment between the silence and the note.

How is creating a narrative work different from an abstract work?

In a narrative work, I have to convey a story. It’s my responsibility to the audience that even if they didn’t know the story of Romeo and Juliet, that they do after the performance. In an abstract work, the story is more permeable and how one character is to relate with one another is not as specific; we can all dive in and be lost in the unknown a bit.

How did the dancers prepare for their roles?

There is a rhythm in Shakespeare’s words that connects with how he wanted people to feel. We had to connect those feelings with the body; for example, how to embody being in love.

The dancers did a lot of research – firstly, by reading the play. We had acting, sword fighting and stunt courses in order to untrain our bodies from the discipline of dance and access the raw essence of, for example, fighting. We rehearsed the choreography with reference to time and space, and the music, so that the dancers would experience the emotional journey of each scene and then allow that emotion to initiate the action in the body.

As an artist whose primary medium is the human body, which part of the body most fascinates you and why?

The senses of the body that connect us to one another – that ability to feel what happens between our bodies. Perhaps it is a universal body that lies among us. 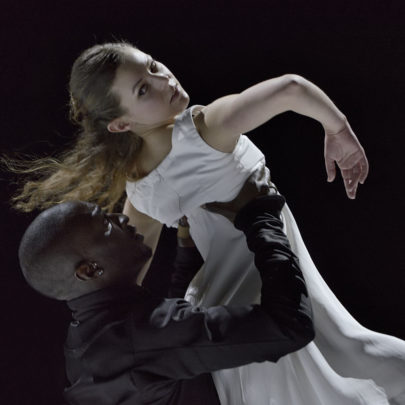 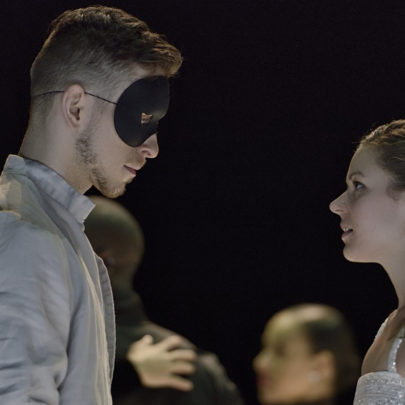 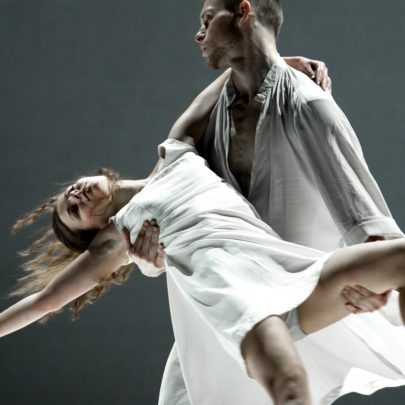 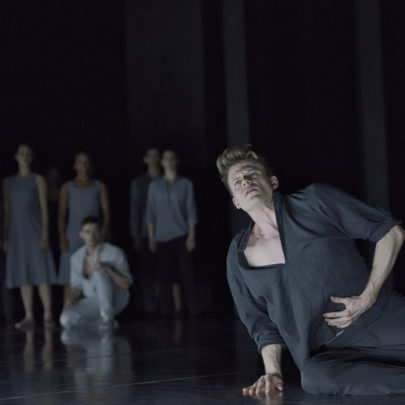 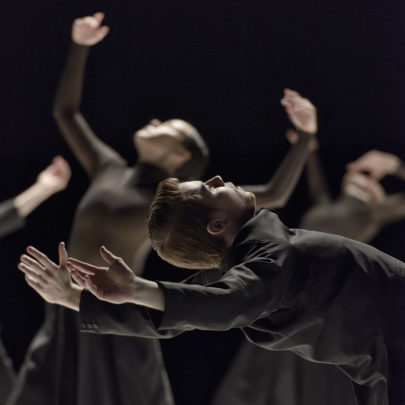 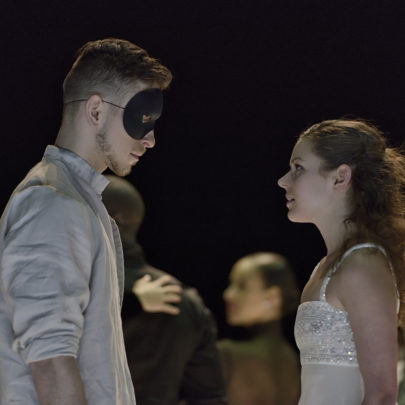 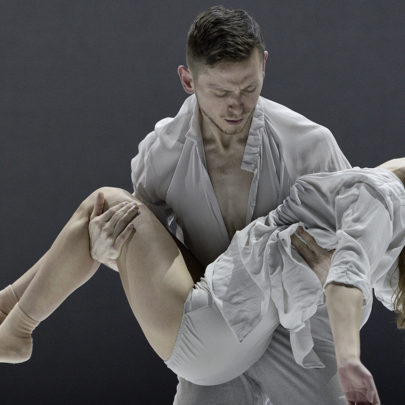 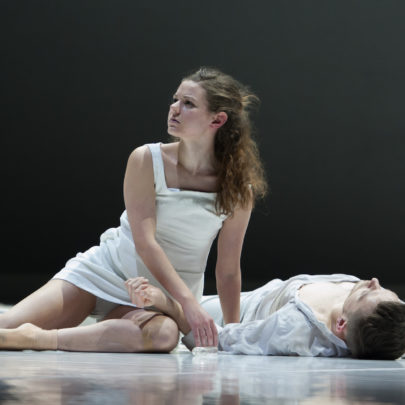 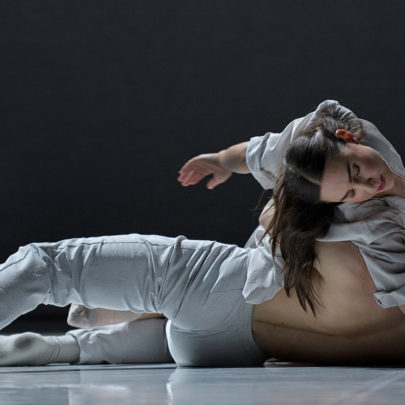 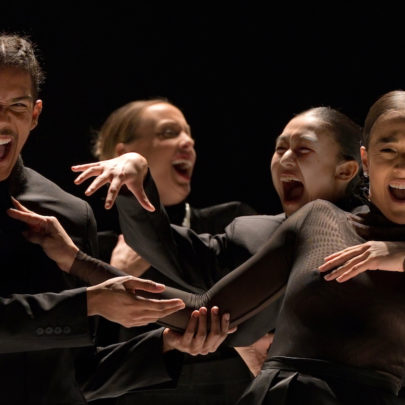 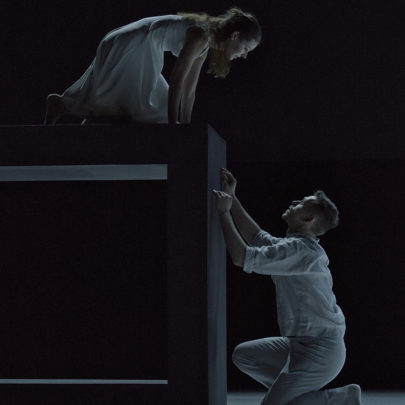 Article by The New York Times: The Tortured History Behind Prokofiev’s ‘Romeo and Juliet’

Review by The Globe and Mail