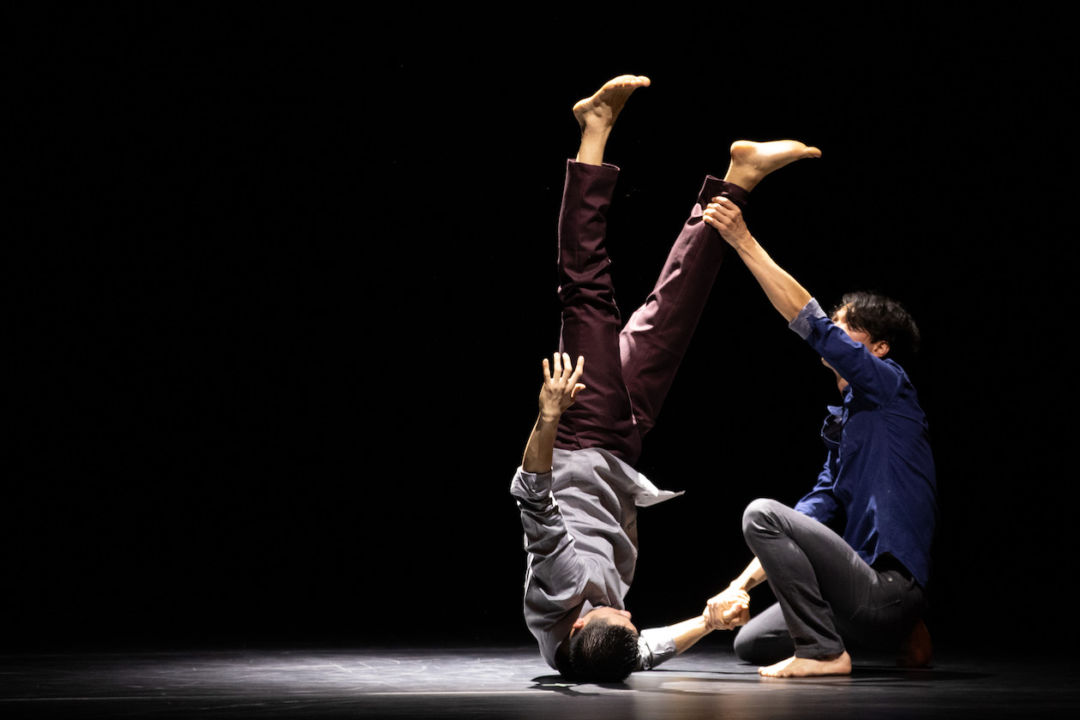 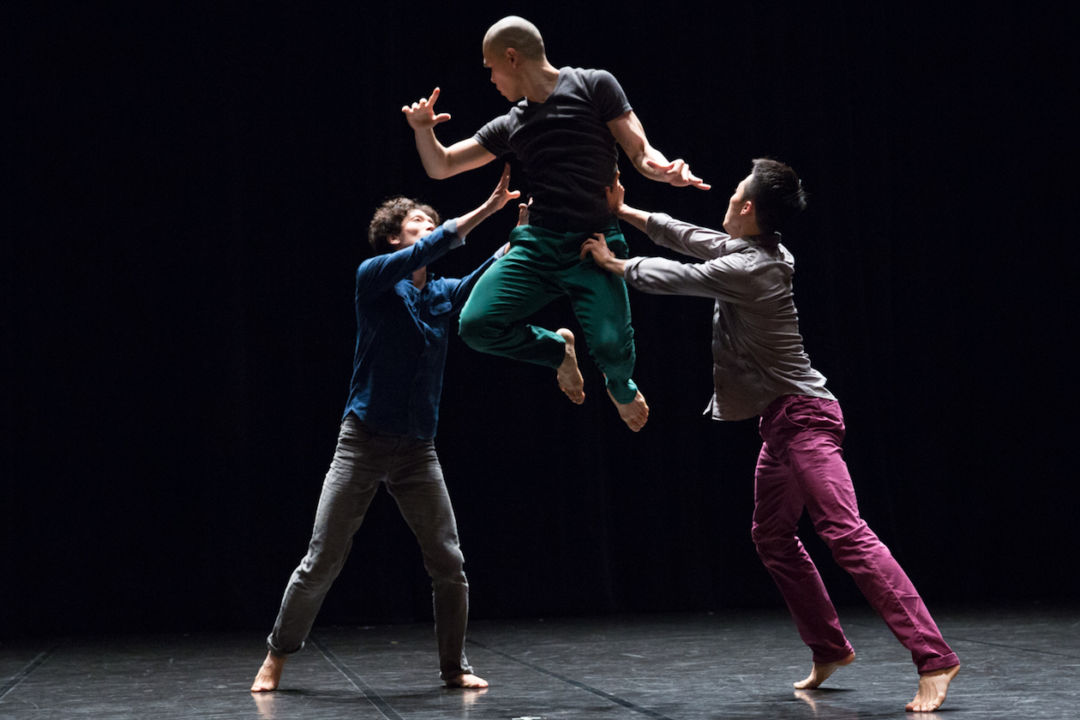 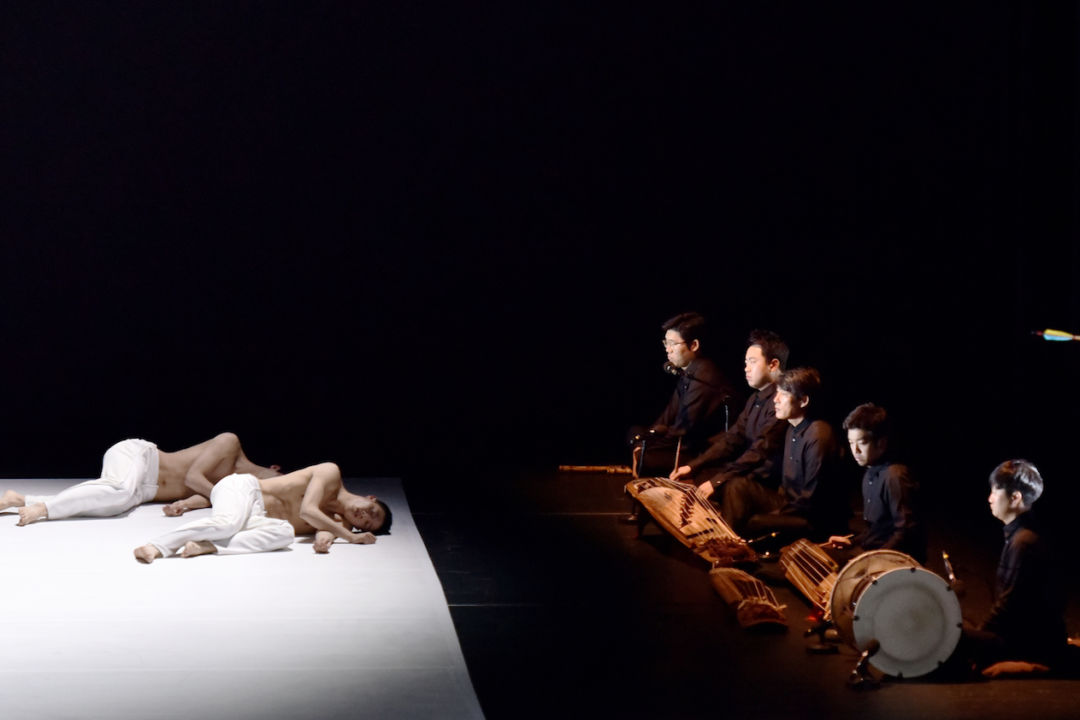 What happens in this world is often contradictory, just like the principle of action and reaction in nature.

Indeed, human history has revealed the coexistence and conflict of different elements: appearance and disappearance, gravitation and repulsion, freedom and oppression, love and hatred, good and evil. Such two opposite factors coexist and harmonize with each other and when combined, they become something new, complementing each other. Balance and Imbalance expresses the dialectic of human relationships which constantly revolve around the wheel of opposition and harmony. Accompanied by a live pansori (Korean shamanistic music), Bereishit looks into “the sound made by the body, the movements made from the sound.” Body, which perceives us and others, makes sounds, and through this process the relationship with others is circulated and expanded by repeating balance and imbalance.

Archery is an internal push and pull process which leads us to look deep into ourselves. Focusing on the fact that Koreans have regarded this traditional sport as an art form, this dance elaborates on what archery implies. Using the bow not as a weapon but as a musical instrument, the performance translates its timbre and rhythm into a fluid and tight dance and a meditative confrontation. The dance explores the potential and possibility of such translated timbre and rhythm as they make images in the time and space that are curved like a bow.

“Mr. Park seems more interested in offering something unfamiliar than in telling us exactly what to see. What comes across is a sense of the ancient propelling the new. ‘BOW’ transferring the elegant apparatus between them, they play with tension and release, at one point creating the strange illusion of sewing their body together.” -SIOBHAN BURKE, NEW YORK TIMES 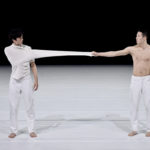 Watch a trailer for Balance and Imbalance

Watch a trailer for BOW_Control

Everything you need to know to access your virtual home season Vimeo presentation and all the extras. 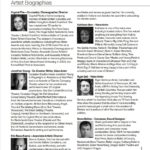 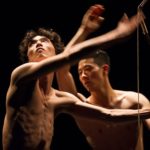 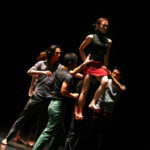 Join Dance Victoria’s Executive Producer Stephen White and a panel of guests for an informative discussion about the feature presentation.

A Message from our Sponsor 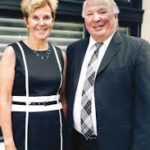 Watch a recorded message from our Lead Sponsor. 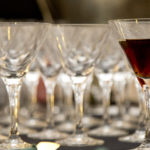 We’ll share a recipe and demo so you can make your own signature cocktail inspired by Bereishit Dance Company’s performances. 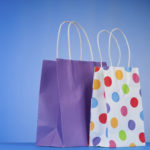 Discounts/coupons offered by our incredible sponsors who own amazing businesses and services in our community. 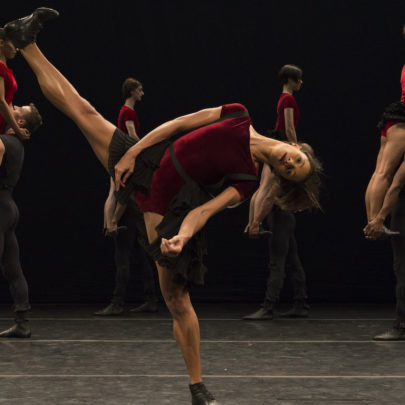