So Close to “Near and Far”

I had one of those great experiences that I have grown to love so much at Dance Victoria Studios on Saturday evening (August 9).

Through the week, four dance artists of a very high calibre had been working very quietly, in the Vernon Studio upstairs from the office. Vancouver dancers Anne Cooper, Ziyian Kwan were joined by Victoria’s Ron Stewart, to develop a new work choreographed by The 605 Collective’s Josh Martin. The work by Martin is one half of a two-part piece involving these dancers. The second piece will be created with iconic Canadian choreographer, Tedd Robinson in October. 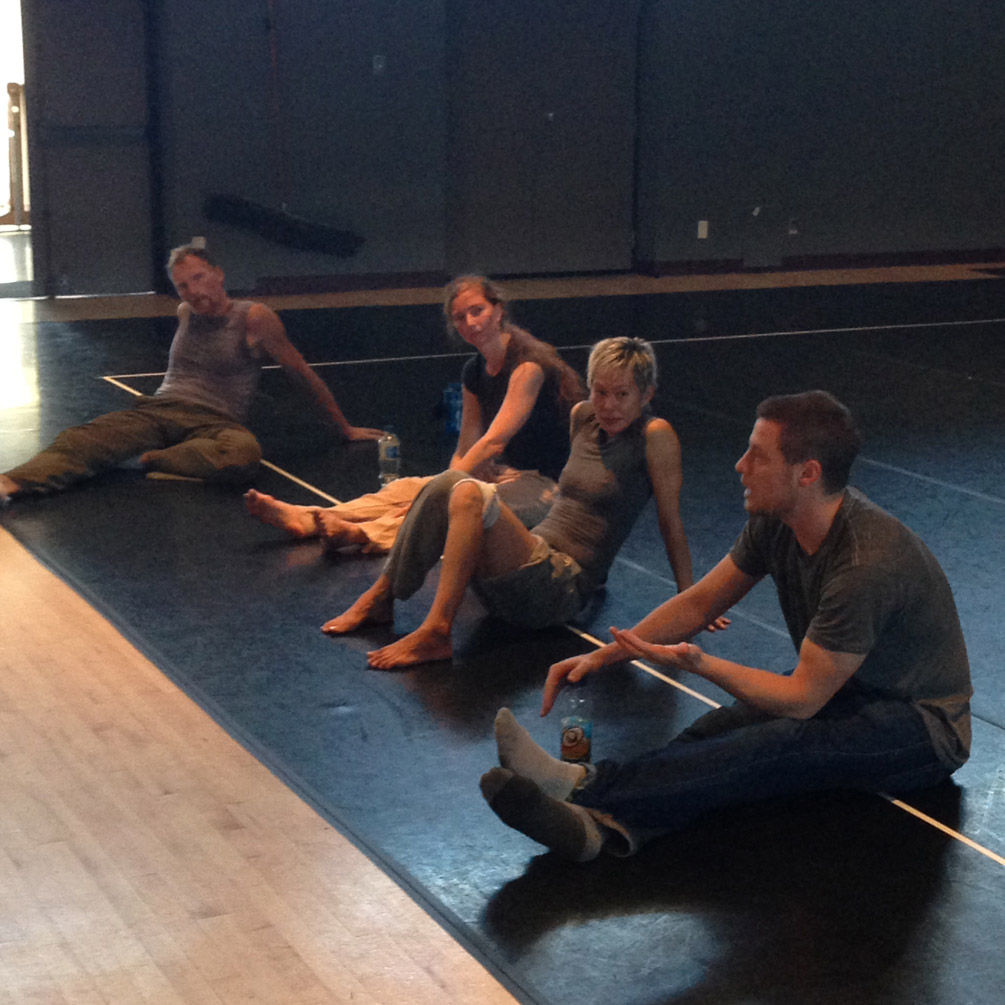 The concept is simple. Cooper, Kwan and Stewart are seasoned interpreters, each with about 30 years experience performing. They commissioned Martin who is 20 years their junior and Robinson who is 20 years older, thus the title Near and Far.

As a performer and part of The 605 Collective, Martin is known for his explosive, dynamic work. His agility is surprising given his height and solid frame. But in Near and Far he chose a subtler, simpler idea. He approached the work thinking about the history each of these senior dancers holds in their bodies and began to craft a piece from their memories of past works.

In the beginning, the dancers simply walk on to the stage and each in their own space and time, physically recall phrases from works performed long ago. They are quietly marking and repeating – vague gestures, a half hop, an extended arm or tilt of the head. Sometimes one movement will spark another dancer to remember what they were doing at that same moment in that same piece several years ago, because these three have often danced together over the years. The movement builds, the past becomes something new, and soon the small company is dancing in unison stretching across the floor. A special effect is created as the three weave in and out gently touching each other, a hand on the upper back. It is surprising to me how poignant the last moments are. The profundity of the accumulated memory, of a life in dance, of the passage of time all captured in the most simple of movements.

A handful of Victoria dancers and some members of the performers’ families enjoyed this intimate showing. When they return to Vancouver, the small company will work with a lighting designer and decide on costumes then head off to Tedd Robinson’s farm outside Ottawa, a famous “incubator” space where they will learn an entirely new piece to fit with Martin’s.

For me, it was a privilege to see the piece at this stage of development, to be part of the conversation about the work with the artists and audience afterwards, and still later, over a glass of wine and some food, to connect with one another on a deeper level. It’s moments like these that I appreciate the creative space that Dance Victoria’s Studios has become.

More from this author